From Stan's upcoming duo album with Nikki Iles. Download it for free from Soundcloud.

Stan has been involved in Jazz education for over 40 years, starting with the Barry summer school in Glamorgan in the early 70s. In addition to regular summer school teaching, Stan holds a regular position at the Royal Academy of Music, as well as teaching at the Guildhall School of Music, Trinity Laban, and Birmingham Conservatoire. He has been awarded fellowships at both the Royal Academy and Birmingham, and was the external examiner for the Birmingham jazz course 2011-2013. Stan was head of the Jazz Department at University of Exeter between 2005-2007. In the early 2000’s, Stan ran a local jazz improvisation group through Richmond Music Trust. He was invited in 2013 to work with the Royal Academy of Music’s prestigious “Junior Jazz” programme, and his music was performed in a concert at Ronnie Scott’s.

Stan has also been internationally sought after as an educator. In 2014, Stan was invited to be guest artist at the Thompson Jazz Studies Program, Boulder Colorado. This comprised workshopping his own arrangements with the band daily, culminating in concerts on campus and at Dazzles jazz club, Denver. Stan has also run workshops in Germany, Italy and France.

Stan’s writing and arrangements have been in demand for education, and Stan was commissioned to write an original big band chart for the Music For Life Big Band in 2013. He has written numerous pieces for the ABRSM jazz grade syllabus. 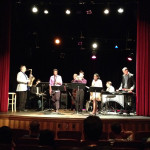 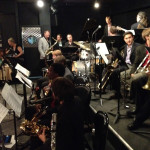 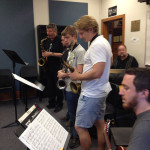 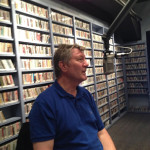